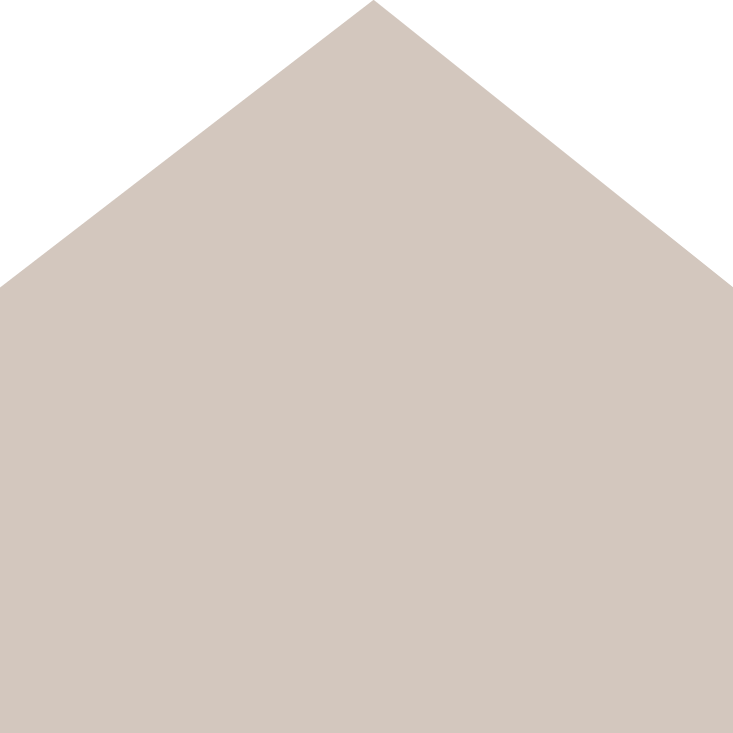 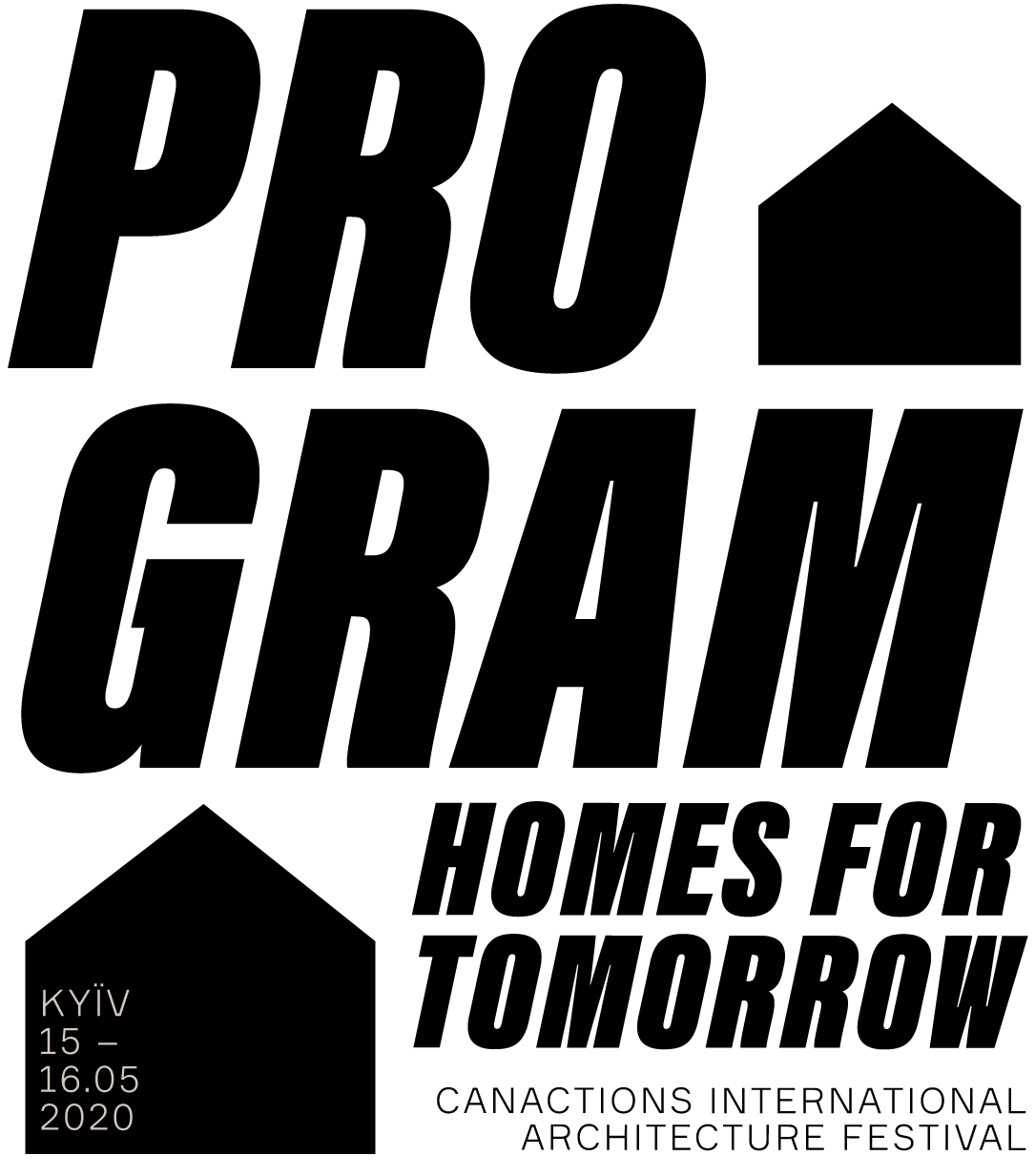 The safety and wellbeing of all those involved is our priority and we are grateful for the support we have received from Festival speakers and partners in making this difficult decision. We believe that 2021 provides us with an opportunity to deliver a very celebrating and remarkable Festival in the next year in Kyiv, Ukraine. ⠀

The Festival program will remain unchanged in some part, but will also be supplemented by new speakers, dialogs and event formats. New Festival dates will be announced soon, as well as the opening of ticket sales. At the same time, Festival speakers will perform on CANactions School Talk online that runs weekly on Thursdays, follow the announcements, and join our community.

While tickets will be honored at the new dates, we are offering a refund option for your tickets please contact us info@canactions.com

Talks
Markus Appenzeller | MLA+
From the onset of his career, Markus Appenzeller (*1972) has been working on and with cities. In his studies of architecture and urban planning in Stuttgart (DE) and Chicago (US) and later on in his professional work at the Office for Metropolitan Architecture, at KCAP Architects and Planners and since 2012 with his own practice MLA+ he has been working on solutions for some of the key questions, our cities face today. Regeneration, affordable housing, climate change, adaptation to change and the social question play key role in his work. Next to his work in practice, Markus currently is Head of Urbanism at the Amsterdam Academy of Architecture and has been teaching and lecturing in a wide range of places. 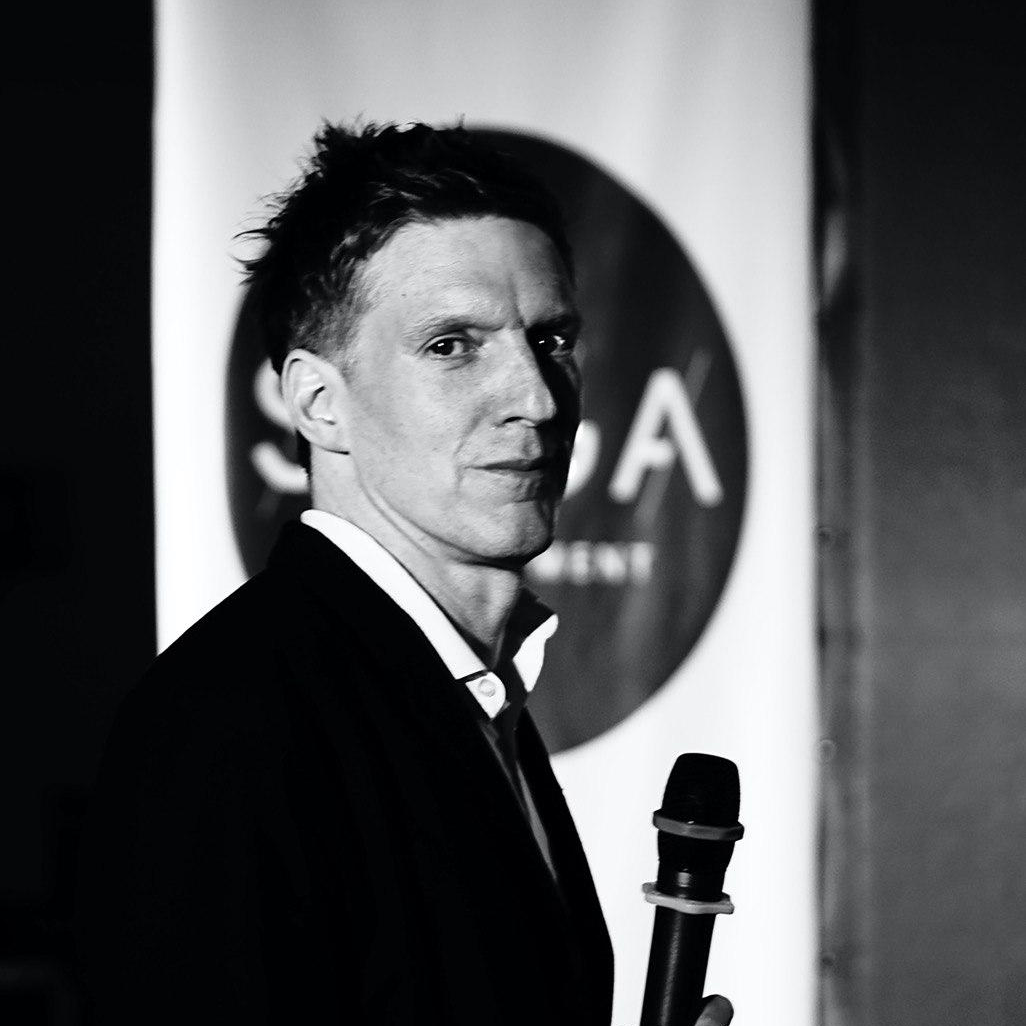 Sabine Pollak | Koeb&Pollak
studied architecture in Graz, Innsbruck and Vienna. She made her PhD in 1995 and her Habilitation in 2003. Together with Roland Koeb she is principal in the office Koeb&Pollak Architecture in Vienna. Sabine Pollak is working in the fields of urbanism, housing, architecture theory and gender research. She was teaching and lecturing at international universities. Since 2008 she is head of the department of Architecture | Urbanism at the University of Art and Design in Linz/Austria. 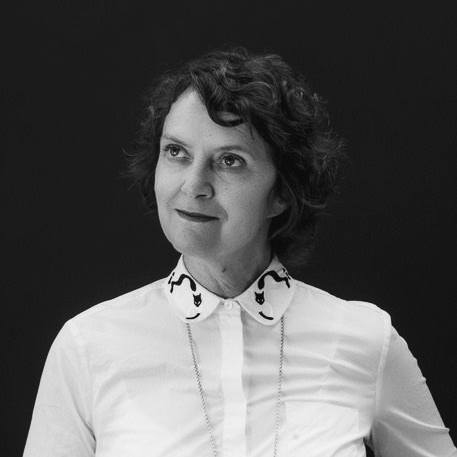 Dr. Ursula Kleefisch-Jobst | M:AI
Born 1956 in Stuttgart (Germany). Studied art history, archaeology and German language & literature in Munich and Rome, culminating in doctorate. 1985 – 88 research project at the Biblioteca Hertziana in Rome. 1989 – 90 employee at the Berlin Monument Authority. Since 1980 working as a freelance architecture critic for various architecture journals. 2001 - 08 freelance curator at the German Architecture Museum in Frankfurt/Main. Since 2008 head curator at the Museum of Architecture and the Art of Engineering of the State of North Rhine-Westphalia. The museum does not have its own exhibition space, but conceives exhibitions on topics of architecture, engineering and urban development at various locations. 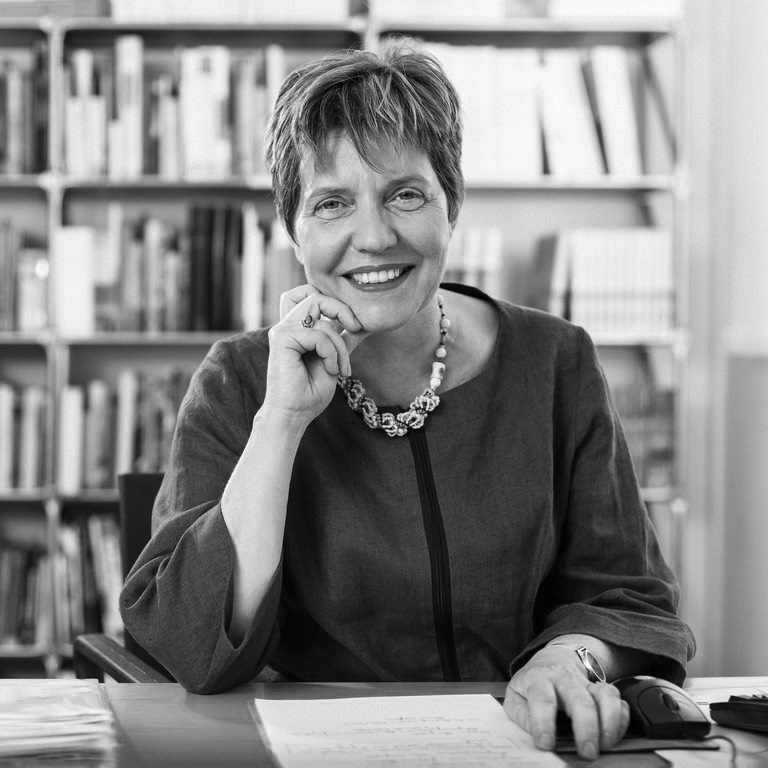 Janette Kim | Urban Works Agency
is a designer, researcher, and educator whose work focuses on the intersection between ecology, social equity and the built environment. Janette is assistant professor and director of Urban Works Agency at California College of the Arts, founding principal of All of the Above, and founding editor of ARPA Journal. Janette is author of T he Underdome Guide to Energy Reform. Her projects include the Resilient by Design Bay Area Challenge, the Win-Win board game series, a boutique hotel in Sichuan, Safari audio tours on urban ecology, Pinterest Headquarters, National AIDS Memorial, and the Fall Kill Creek Master Plan. 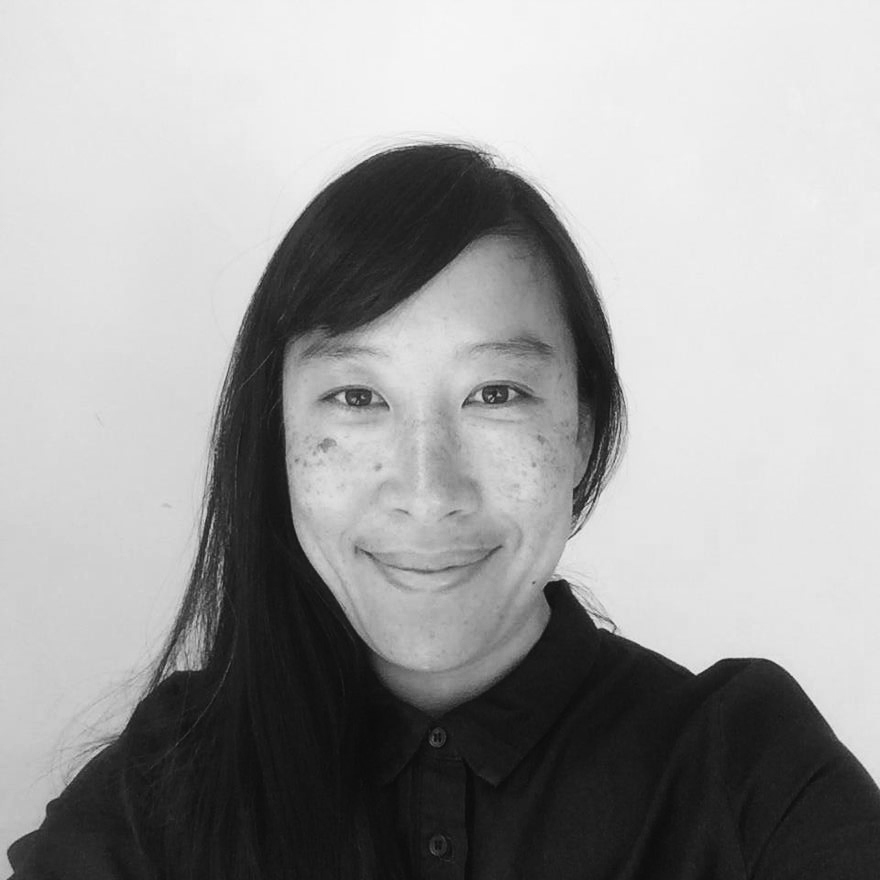 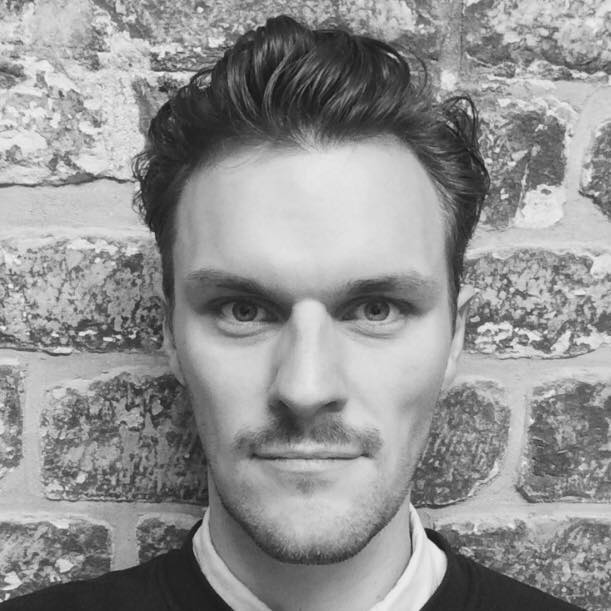 Grisha Zotov | Architectural Prescription
is a founder of an architectural practice Architectural Prescription. Studio engages in design on both an urban and architectural scale and additionally offers computational consultation services for design professionals. The practice employs a pragmatic, analytical design approach using advanced computational methods to develop projects and processes in which form is a function. Grisha Zotov is a founder of CANactions School and a teacher of Urban Fabric studio for master students at the Amsterdam Academy of Architecture and co-founder of The Good Plastic Company. 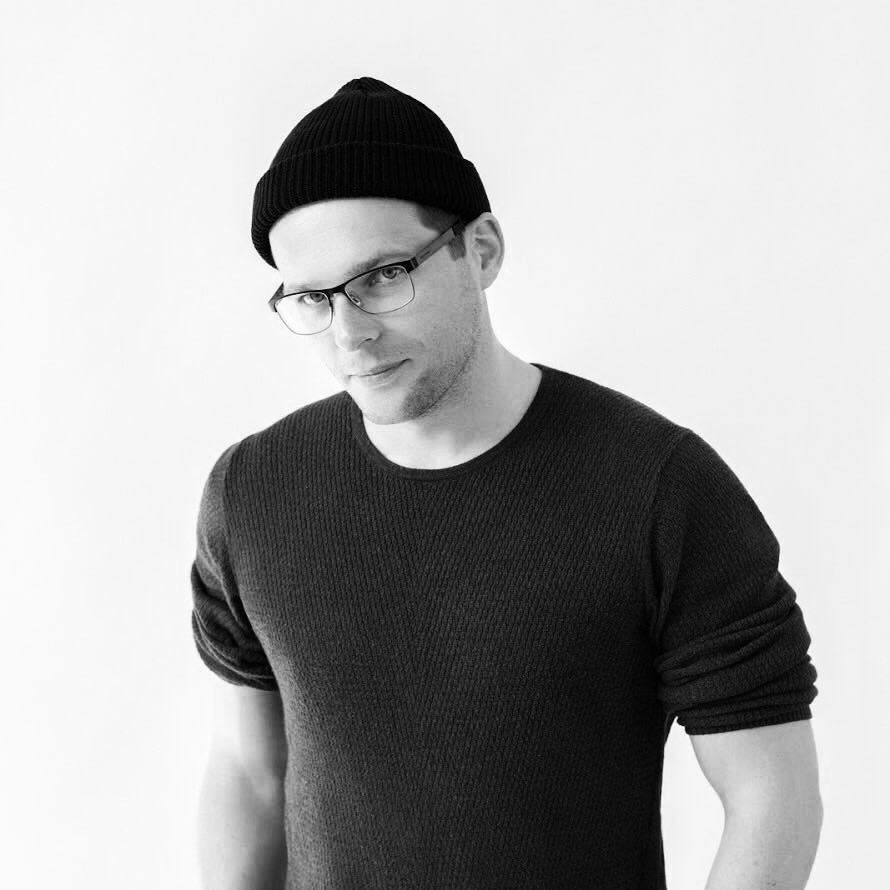 The works of the studio have been displayed in several exhibitions and published in Italian and international magazines. Architectural realisations include the Group M Headquarters in Assago (Milan), Salewa Headquarters in Bozen, the Lavazza Headquarters and the National Automobile Museum in Turin as well as housing complexes in Milan, Parma, Ancona, Ravenna, Laveno and Bologna. 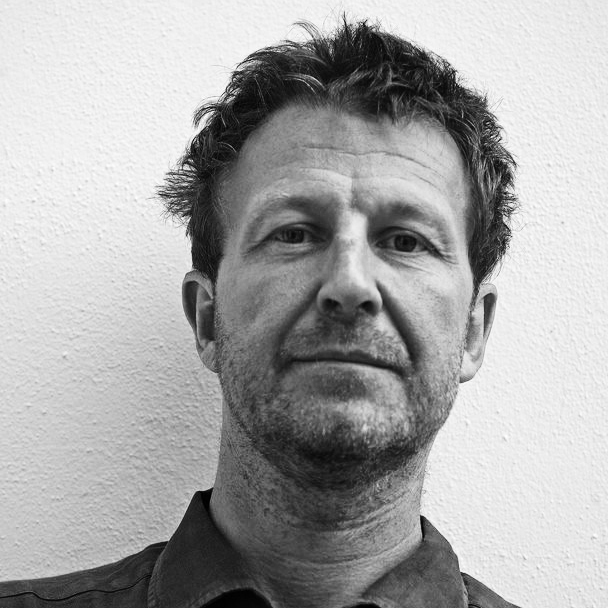 Game: Bartertown
Within CANactions International Architecture Festival, you are welcome to join BARTERTOWN, a game experiment that imagines a moneyless future, played live by prominent architects, theorists, and decision-makers. Join us to play this life-size board game on climate change and social resilience, with game designer Janette Kim of CCA's Urban Works Agency.
BARTERTOWN is a life-size board game that asks how new networks of care and sociability can emerge in a world without money. Residents of a fictional land called BARTERTOWN must brave disasters such as climate change, a stock market crash or even a divorce. Players can exchange favors and resources to survive, using unique 'powers' that trade in alternate forms of currency: property, inventiveness, mobility, generosity and influence. Whether they win or lose, dominate or inspire, players will explore unexpected ways to strategize, negotiate, and reshape both the city and the home through a new economy of favors and resource-sharing.

All are welcome to watch or play. There will be 10 players joining in a game-show style format for 2 hours.
To play, you need to reserve a spot by registration. To watch, you just show up.
PARTICIPANTS' PROFILE
Everyone interested in cities, strategy, social justice, and climate change
WORKING LANGUAGE
English
DATE
Сoming soon
FORMAT

You analyze the basic data about AHs` territories, identify key problems and opportunities for hromadas in specific sphere, overview and choose different scenarios and develop conceptual spatial solutions for the territories.

Within masterclass you work in multidisciplinary teams based on the principles of integrated and sustainable development.
PARTICIPANTS' PROFILE
All who are interested in spatial development, territorial planning, strategic planning and decentralization reform in Ukraine.
WORKING LANGUAGE
Ukrainian
DATE

3-hours master class
REGISTRATION
Master Class: Hidden Narratives
Exploring and challenging the format of media and how information is conveyed and portrayed to society, we see the potential of architecture and film as a tool to better comprehend a multi-layered world, decoding the complex structures of society, capturing what exists beyond architecture. In this master class, we challenge you to become anthropologists, documentarists, researchers, but also visionaries, explorers and novelists.

You are presented with the theoretical and practical tools essential to the creation of movies such as concept design, storyboarding, planning a shoot, video and sound recording, taking editing decisions and creating a final edit. We propose a condensed experience of the process of film-making. You work in 3 groups of 4 people and will focus on the surrounding environment to develop concepts with the goal of creating a short fiction or documentary film.
You work with digital video cameras, sound recorders, drone and computers with editing software.
We encourage you to bring your own camera and computer for video editing if possible.
Each group develops and create a short (1-2 min) fiction or documentary film.

Locument is a research studio that combines filmmaking with architecture and urban research. Locument uses architecture and film as analytical, critical and subversive tools to emphasize contemporary issues and dissect their resolutions, as well as sees see the importance of observing rapidly changing social conditions through the influential factors of technology, economy, politics and urban the environment.
PARTICIPANTS' PROFILE
Everyone with a keen interest in visual narrative and using video as a storytelling device
WORKING LANGUAGE
English
DATE

3-hours master class
Exhibition: Architecture of perpetual Instability
The research undertaken in the project Un-United Nations Headquarters examines the new opportunities emerging within the interlocking realms of politics and architecture. On the example, of the storyline around The Crimean Peninsula, annexed from Ukraine by the Russian Federation, author explores the role of architecture in absorbing the conflict situation and fostering its fruitfulness within the divided society.

Lesia Topolnyk is a Ukrainian architect currently living in Rotterdam the Netherlands experienced in working for several internationally renowned Dutch offices, including Powerhouse company and MVRDV, as well as involved in research projects and teaching in The Netherlands.Her graduation project Un-United Nations Headquarters was honored several international awards, including Dutch and International Archiprix. Currently, Lesia is starting her own practice which is working inter-scalar at the intersection of architecture, visual art, and social design.
Exhibition: Hidden Narratives

Locument is a research studio that combines filmmaking with architecture and urban research, founded in 2015 by Francisco Lobo and Romea Muryń. They use architecture and film as analytical, critical and subversive tools to emphasize contemporary issues and dissect their resolutions. They see the importance of observing rapidly changing social conditions through the influential factors of technology, economy, politics and urban the environment.

Drawing from contemporary scenarios, Locument travels to unique locations to base their research topics, finding in them situations that, while site-specific, reflect problematics that resonate throughout the globe. Bringing out these underlying stories, their work focuses on recreating the complex storyline hidden under the surface of the visible spectrum. In a world moving exponentially faster, they see the importance of slowing down, researching, analysing, documenting and capturing a network of often contradictory points of view, thus revealing the narratives that influence our reality. Locument envisions the future and the past, and not the least, our time.

Their first film, Centrallurgy, was presented at the 15th International Architecture Exhibition of La Biennale di Venezia. Their latest film, the feature documentary The Sky Commodified, co-directed with Maya Shopova, filmed in the Chilean desert and produced in partnership with MIT Architecture Department, premiered at the Rotterdam Architecture Film Festival 2019.
Exhibition: hromada.canactions.com

hromada.canactions.com—an online tool for spatial planning, developed by CANactions School. The web-platform presents a catalog of project solutions prepared in the framework of the elaboration of spatial development concepts for 30 AH-s from 20 regions of Ukraine within Integrated Spatial Planning for Amalgamated Hromadas Program, implemented by CANactions School with support from U-LEAD with Europe Programme. The platform contains a set of tools that can be used to conduct comprehensive analysis of the territory, identify possible development scenarios and formulate a vision for the future of the hromada. An interactive map simplifies site navigation and allows to review the work of each hromada or filter for specific projects or strategic areas.

Within CANactions International Architecture Festival you have the opportunity to explore this territory planning tool, how to use the spatial development concept in real life and get answers to all questions about using the platform from the CANactions School team.
Exhibition: Open Collectives